Advantages of Investing in Equatorial Guinea

Why investing in Equatorial Guinea? 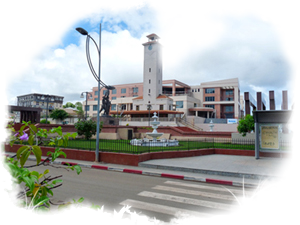 Equatorial Guinea is located in the Gulf of Guinea, geographical location which hosts 4.1% of global oil reserves.

Since Equatorial Guinea began exploiting its oil resources in 1992, the country has made a 360º turn in its economy, becoming the fourth largest producer of oil in sub-Saharan Africa a_er Nigeria, Angola and Congo -Brazaville.

This new status in the world economy allows Equatorial Guinea to be among the African countries which more business opportunities and future offer to the companies.

The country opened wide its doors to foreign investment and there are many companies that are currently operating in Equatorial Guinea.

However, not only Equatorial Guinea’s oil is a source of wealth for the country; its gas production is also important. The country is the first provider of gas among the CEMAC member states.

Which sectors are most favorable for investment?

Equatorial Guinea is a rough diamond.The extraordinary investment carried out in recent years with the emergence of several cities as in the case of Malabo II, Sipopo, Oyala and Bata II; the expansion of the ports of Malabo and Bata; road construction throughout the country and, in general, the huge investment in infrastructure, have triggered the need for an efficient public transport service,the need of companies providing different services, the development of schools and academies, etc.

Primary sectors such as agriculture, livestock and fisheries need the expertise of other companies with years of experience in these sectors.

This includes implementation of the cocoa production, nowadays almost deserted when it was once the main bargaining chip for the entry of other products in the country.

The development of the magnificent geographical and climatic characteristics of the country for tourism and renewable energies; the opening of new restaurants, cinemas, shops, banks; the creation of logistics companies as well as engineering, consulJng and security companies,the development of training centers, the opening of private clinics, schools and hotels, etc. are some of the most favorable investment sectors.

Especially important is the construction of factories and industries across the country as a source of wealth and of jobs geneation.

All the advantages that offer this country of small size and great possibiliJes, make it a powerful and attractive magnet for companies eager to invest and grow.

For further informaJon about investing in Equatorial Guinea, we suggest you visit the following website: http://www.holdingequatorialguinea.com/english/